For this project, I was challenged to create the branding for a pop-up restaurant located on the grounds of Eastern State Penitentiary, a historic prison built in the mid 1800's in Philadelphia, Pennsylvania. The Clink features a responsive logo, a website (mobile and desktop), fun interactive iPad menus, and a variety of products for purchase. The concept for this pop-up restaurant included the idea that guests could be handcuffed together upon arrival, grab drinks, and go explore designated areas of the penitentiary after hours.

Once the concept for the restaurant was solidified, I was able to come up with the logo.

The name "THE CLINK" is a double entendre:

1. "CLINK," noun, a sharp ringing sound, such as that made when metal or glass are struck.
"the clink of ice in glasses."
2. "THE CLINK," noun (slang) a jail or prison.
"I spent a night in the clink."

The logo, of course, plays with these two meanings, with clinking glasses and handcuffed wrists. I also liked the idea of playing with alternate/auxiliary logos and found other ways to use some symbols that didn't work out for the main logo. I opted to keep the hand-drawn approach to the logo rather than going full pen-tool since this project was supposed to feel a bit like a speakeasy. 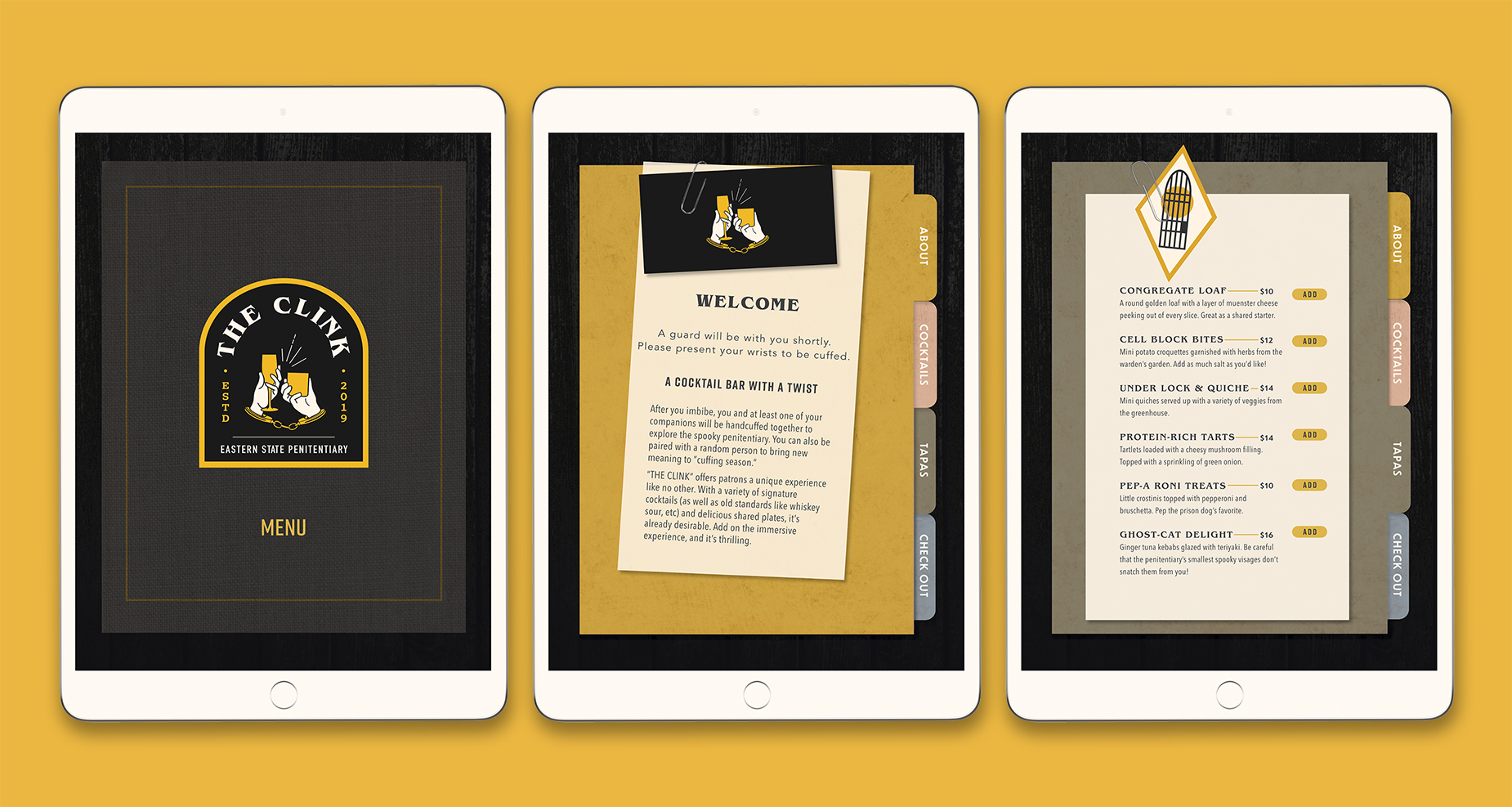 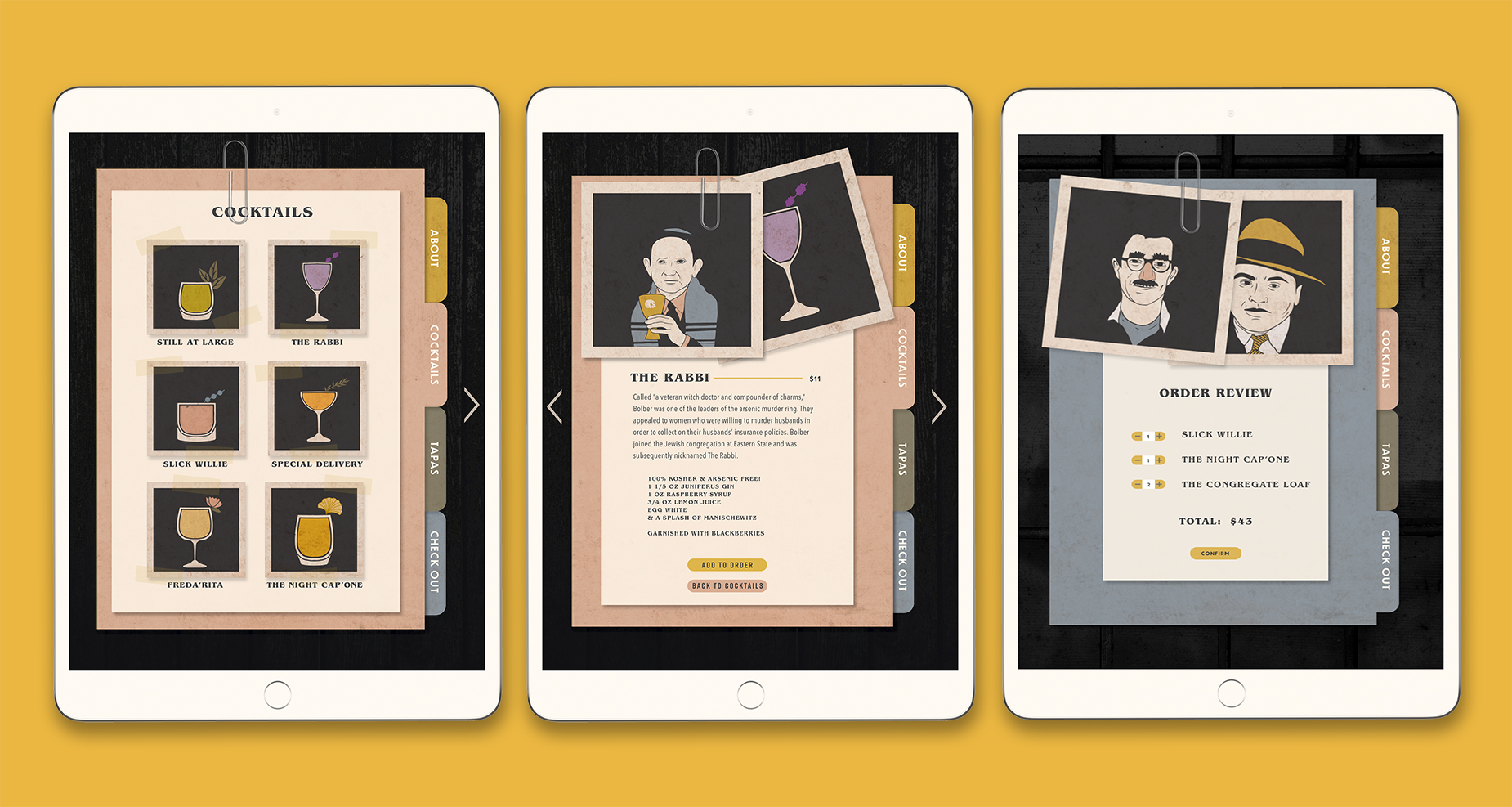 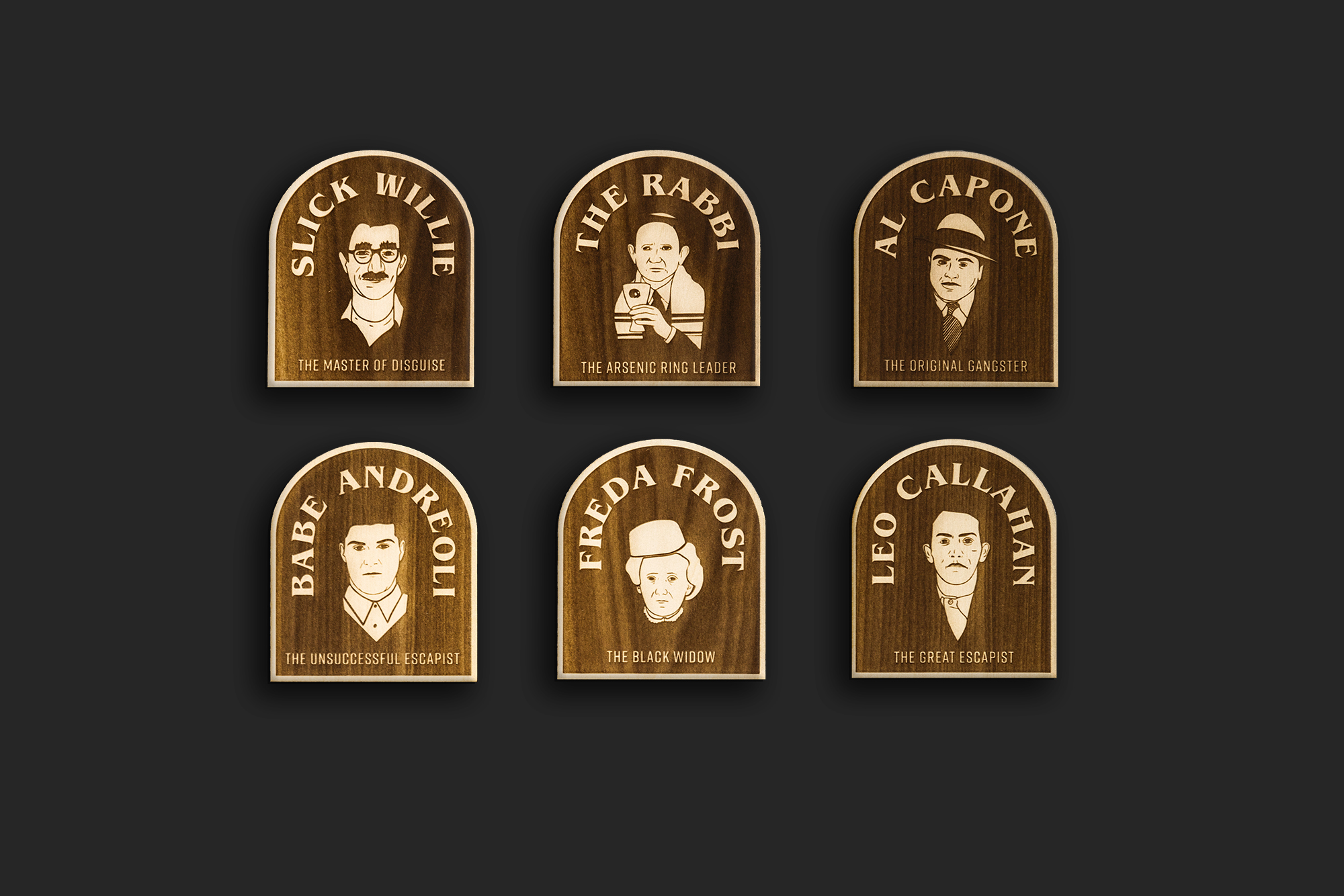