A collection of 5 posters.

I won't over-explain this one--but there are a lot of biblical themes in the violent/very not biblical film Pulp Fiction. Lots of fun Easter Eggs and motifs here if you're a Pulp Fiction fan!

Cabarét, while it is known for its sassy show tunes and Bob Fosse box-steps, is set in Berlin during the start of Hitler's totalitarianism regime. The concept for this poster is that one of Hitler's posters has been defaced by a Kit Kat Club performer to promote their shows—underlining an important theme of Cabarét, the apathy/self-indulgence of the main characters, the distraction that the Kit Kat Club provided, and their inability to see the threat that was looming over them. 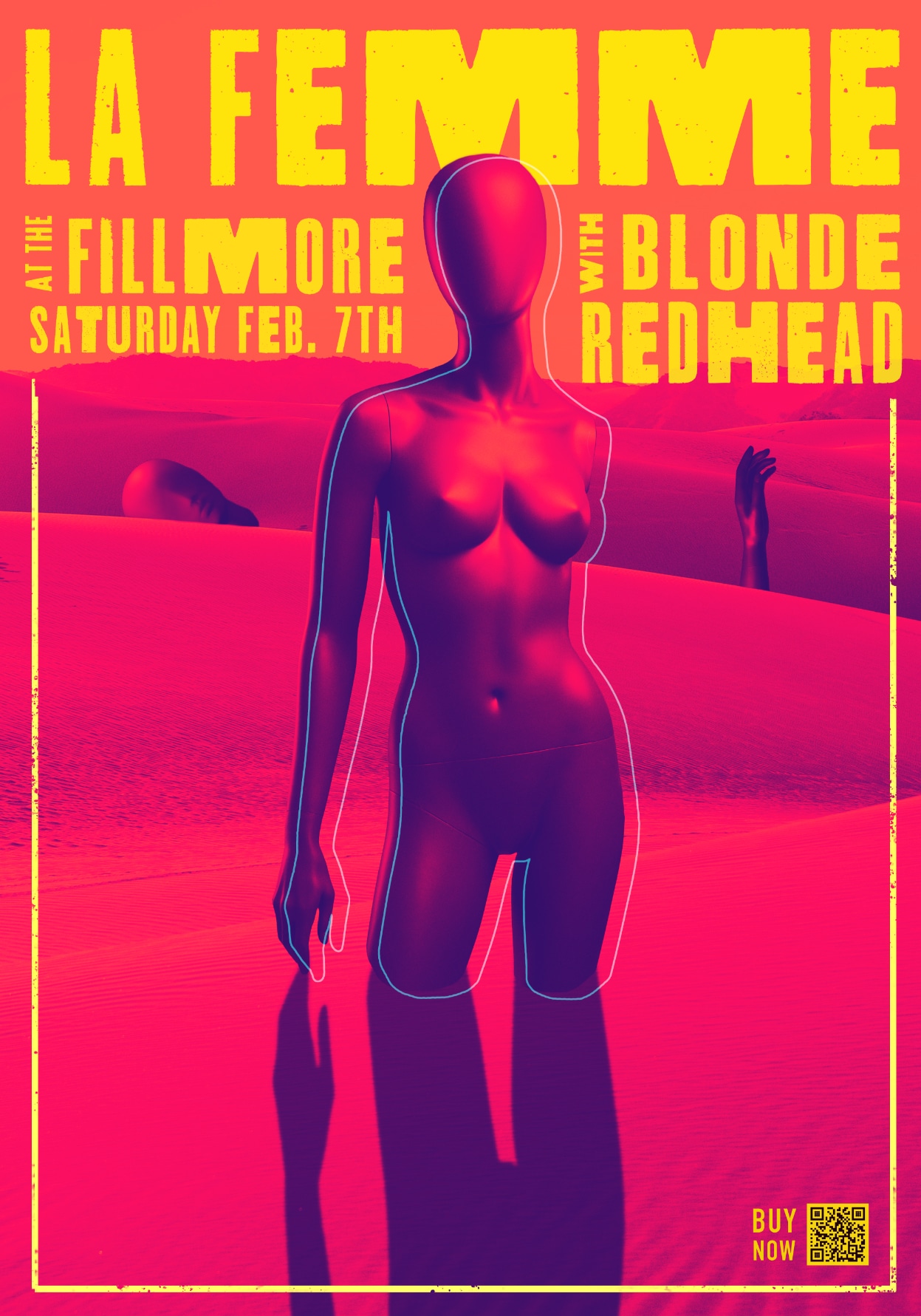 A surrealist sci-fi-esque poster created for a fictional concert that would feature two of my favorite bands; La Femme and Blonde Redhead.

This bio-diversity poster aims to call attention the gamble humanity is playing with the lives of the animals we share the earth with. Deforestation, global warming, pollution, poaching, etc. are all man-made issues that pose a huge threat to the diversity of our wildlife.

For this social justice poster project, I chose to focus on McDonald's use of prison labor and the 13th amendment. BIPOC are disproportionately incarcerated at higher rates than white people in spite of committing the same petty crimes. Essentially, slavery has been allowed to continue via the side door of mass incarceration.