The concept for this invitation project came from a desire to create something that implied that, should we travel to and begin a civilization on Mars, many generations later we might be considered “Ancient Aliens.” Initially, I was trying too hard to pull directly from Egyptian symbolism, but eventually worked out a system of more modern vector pieces inside of the ovals that hieroglyphics were nested inside of (called a cartouche). By using this design element I had more freedom to piece together the story of how humans came to exist on Mars in a way that could be more readily understood. The other designs were inspired by crop circles and sacred geometry. If this was to actually be printed (unfortunately due to COVID, it was not) the gold color you see on the screen would be letterpressed with gold foil to give it an ancient but futuristic and mystical elegance.

The front of the Terraforming Mars invitation features a cut-out shape and a manually spinning disc the user can turn to view the story of how "ancient human aliens" made Mars inhabitable.

A view of just the rotating disc. 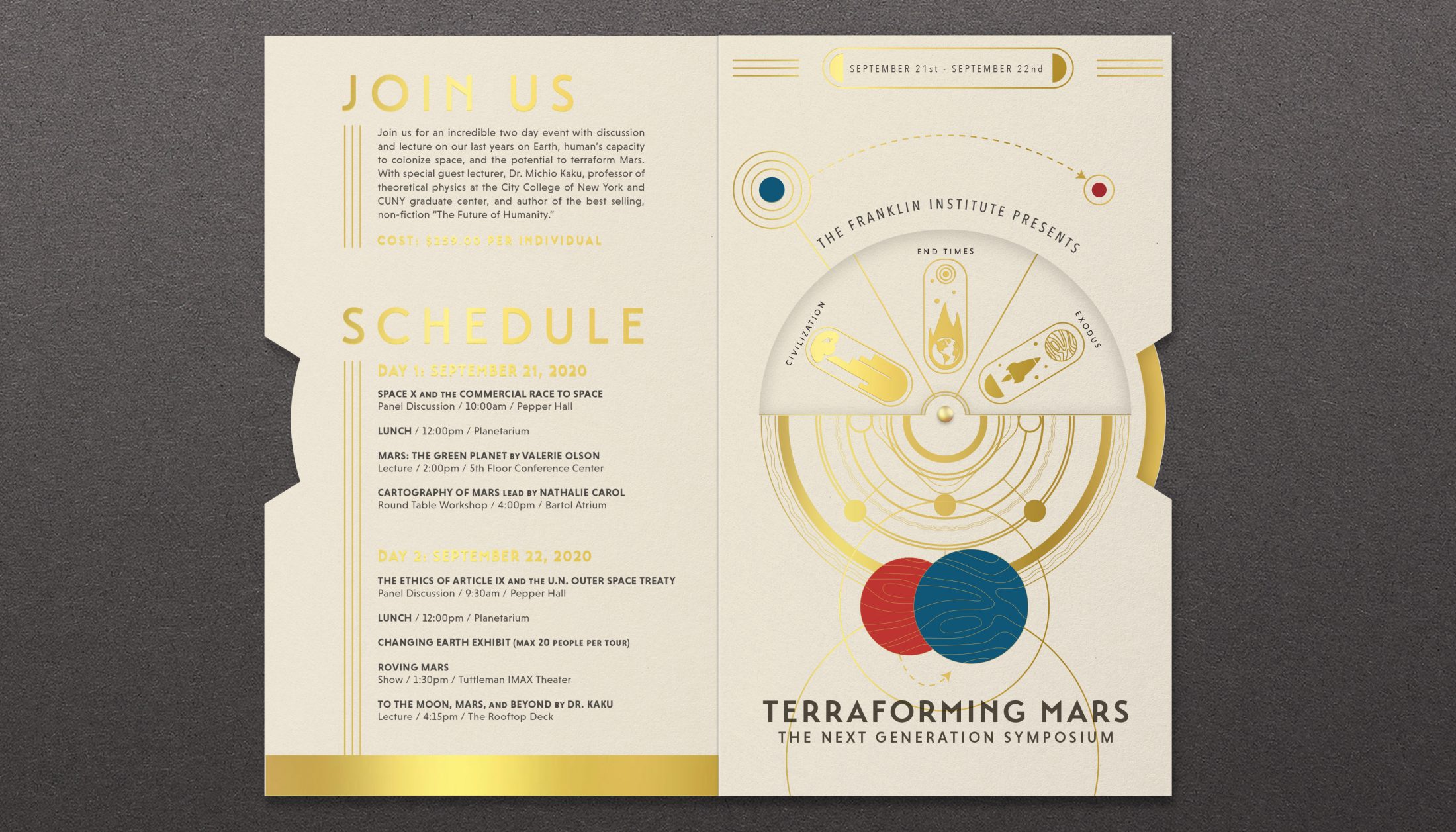 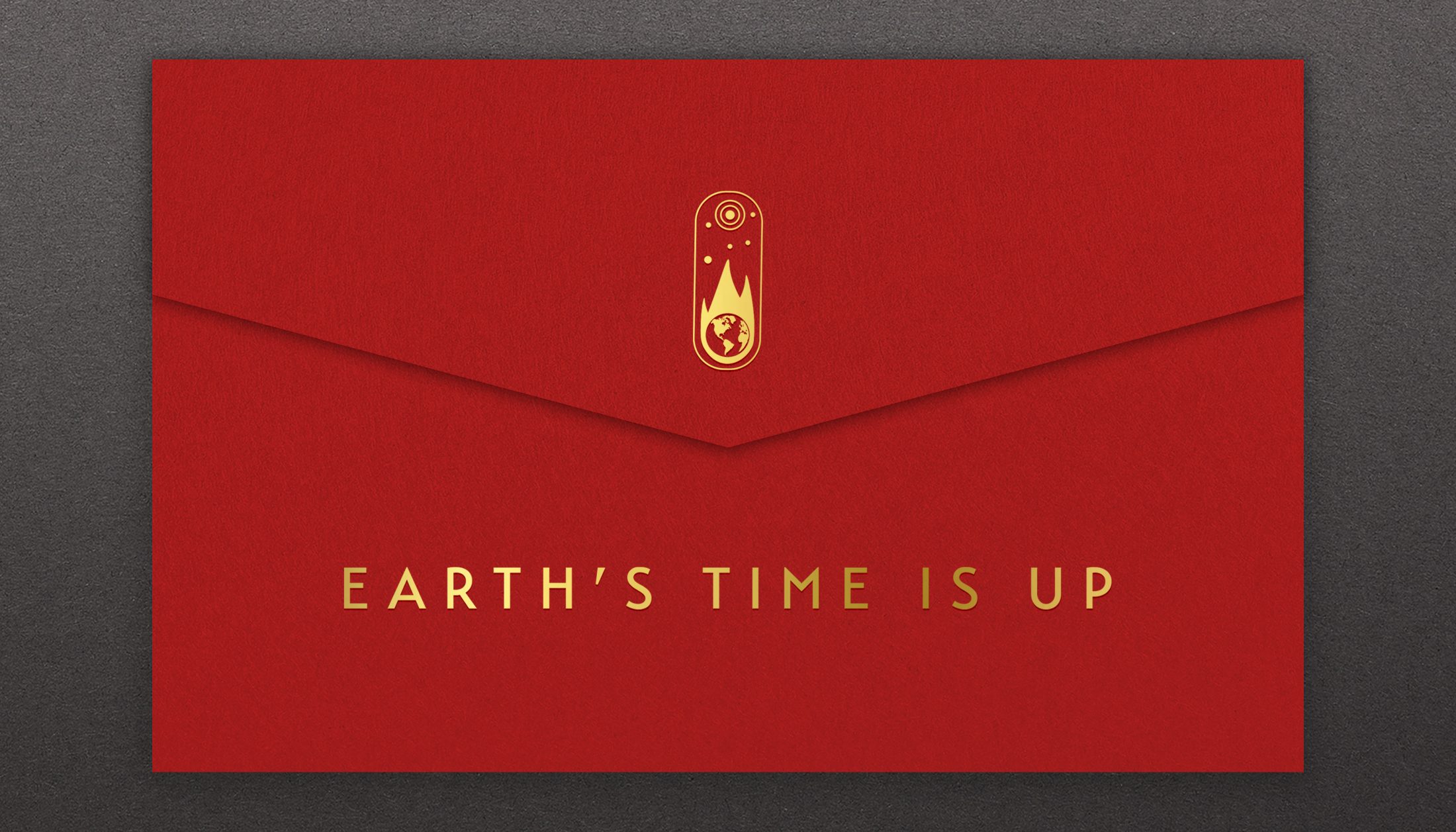 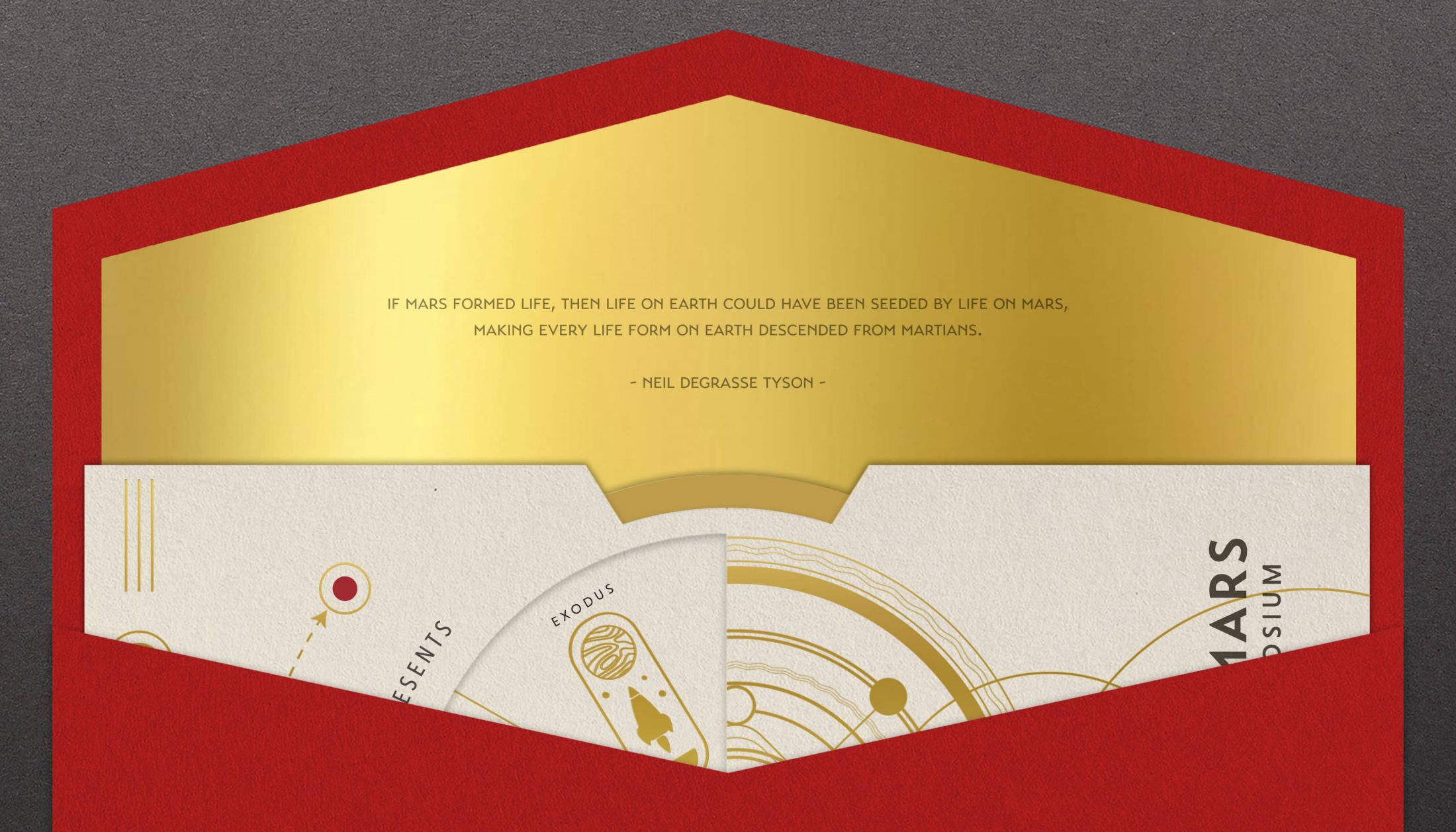 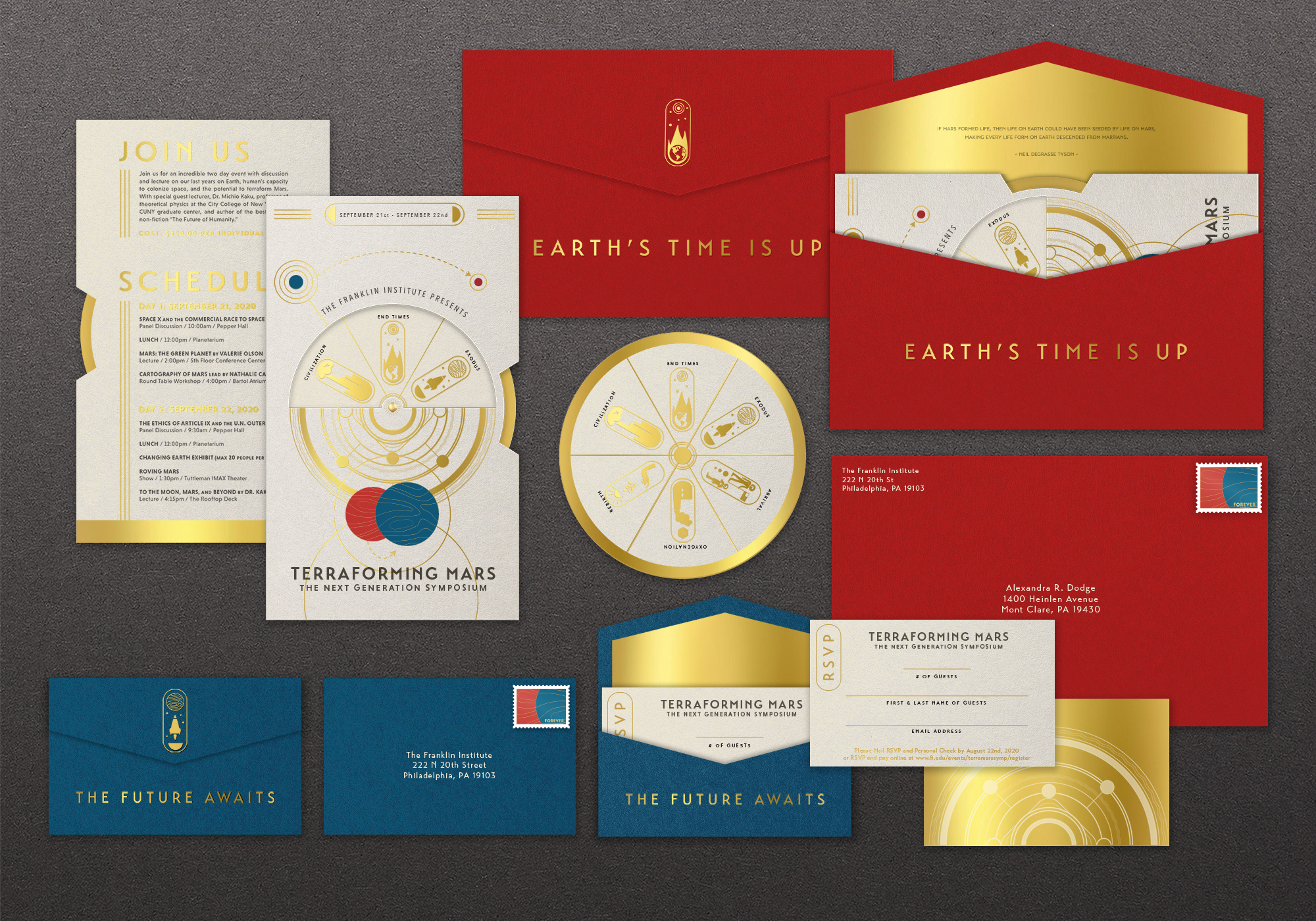 Above: The symposium logo and story elements.

Above: Lower fidelity animation to show the spinning disc in action.